How does Critical Pedagogy look like in the classroom?

While searching for the answer on this question, I found a video about two teachers  implementing critical pedagogy in their English/poetry classroom setting.   Critical pedagogy can be identified by the following:

(Video on understanding how critical pedagogy can be used in the classroom.) 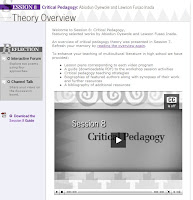 Discourse
The teacher can either pose a question or an idea as students interact in conversation about the particular subject selected. A teacher can also pose a problem that exists in their community. The students learn about the idea as they interact in discourse with the teacher, members of community, and between students.

Guided by the Teacher
The teacher guides the students to the objective, that is what they are going to learn through the use of past events in history or current events that are occurring.   The activities selected by the teacher promote communication and allows the student to view other perspectives and incorporate real-word experiences.  However, the idea or concept they  learn is relevant in some way to the students. A possible event in history that impacted their community connected to a world event, similar to the video can be used in the lesson.

The teacher allows the students to expand on the idea  or  point of view the teacher wants them to understand and reflect. This is similar to the exploration and evaluation of the 5 E model.  However, students do not use materials given by the teacher.  The  students input is based on what they think and particularly seeking the right or wrong answer is not the objective of the lesson.  Students should feel empowered in learning.  The outcome of the lesson depends on the students interest and effort

Here are four dimensions of critical pedagogy (Lewison,Flint, and Sluys, 2002) that can be applied in the classroom. 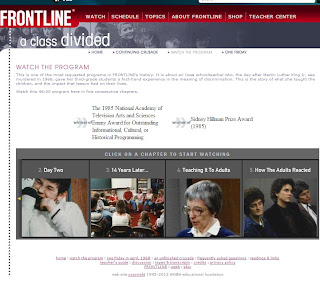 Jane Elliott, taught a lesson on discrimination with her third grade students after a teacher was murdered in 1968, which was a day after Martin Luther King Jr. Day. I don't want to spoil the videos for you so take a look  if you have not done so.  This lesson clearly impacted the students attitudes and also viewed the way the treated other people.

Click on the link The Daring Lesson to watch the documentary videos of the actual lesson.  Mrs. Elliott, also does a similar lesson to a group of employees.  I however, feel the video with the students created a impact in the students. Teacher lesson plans are also found on the link below.


“Education either functions as an instrument which is used to facilitate integration of the younger generation into the logic of the present system and bring about conformity or it becomes the practice of freedom, the means by which men and women deal critically and creatively with reality and discover how to participate in the transformation of their world.”
― Paulo Freire, Pedagogy of the Oppressed 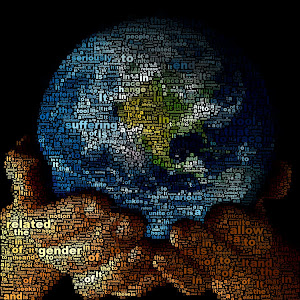